The Rise of New Right Conservatism History Lab is designed for students in US History who are studying the 1970s - 1980s. During the lab, students examine eight sources to address the following focus question:

What issues galvanized and united the conservative movement in the 1970s and 1980s?

Students share their interpretations by creating a class list of issues that galvanized and united the conservative movement. Groups are tasked with ranking those issues and defending their rankings with evidence from the documents. Students' learning from the lab is assessed with an assignment in which students individually write a letter from the perspective of one of the groups making up the conservative coalition of the 1970s/1980s to the Republican National Committee.

Explore the rise of New Right Conservatism in this interactive and hands on history lab.

Literacy in the Social Studies Classroom

Literacy is vital to the success of students. In the past, literacy was taught and used primarily in the English Language Arts classroom. The moment students left their Language Arts classes, the focus on literacy diminished. Today, research has shown that inc

Do you struggle with finding time to teach science and social studies? Are you curious to know if there are ways to merge the two? In this workshop, teachers will learn how to do just that.

In The Mindful Engagement in Reading and Writing, educators will engage in the nine attitudinal factors of mindfulness (Jon Kabat-Zinn) in order to learn strategies for helping students relieve writing anxieties and build self-compassion, stamina, and self-eff

Figuring out how to teach the author’s purpose and message in poetry is one of the most difficult tasks secondary ELAR teachers face during the school year. While annotation techniques like TP-CASTT or SIFT can guide students in what to look for while reading

In this self-paced, online learning course, you will build foundational knowledge and skills needed to conduct a Small Group Reading Instruction lesson effectively whether in person or virtually. 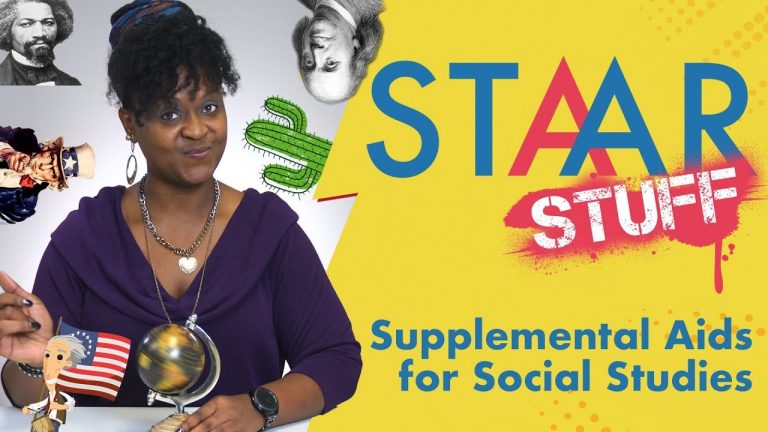 We’ve previously written about supplemental aids in relationship to the STAAR test, but only generally. In this post, we’ll be offering you 4 types of aids you can use specifically for the 8th Grade Social Studies and U.S. History tests: Blank Graphic Organizers Mnemonic Devices Blank Maps Timelines with Dates 1. Blank Graphic Organizer Graphic […]

Sign up to receive updates, workshop announcements, tips, and other resources related to social studies education.